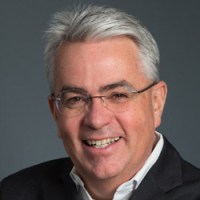 Mike Hulvey is the Chief Operating Officer for Neuhoff Communications, which own and operate 23 radio stations in Illinois and Indiana. Mike serves as Vice Chair of the Executive Committee of the Radio Advertising Bureau and President of the International Broadcasters Idea Bank. Mike is the founder of a nationally recognized mentoring program for aspiring broadcasters. He has also served as Radio Show Steering Committee Chairman in both 2015 and 2016. In April of 2018, Mike was featured on the cover of Radio Ink Magazine’s leadership edition and was inducted onto his high school “Wall of Fame” joining previous honorees such as Dick Van Dyke and Gene Hackman.

Mike and his wife Julie live in Danville Illinois, they have four adult children and one grandchild.