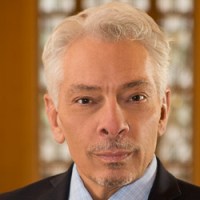 McVay is a 40-year programmer with national and local consulting, management, ownership, sales, programming, and on-air experience. He has also developed and launched several nationally-syndicated programs. Additionally, Mike serves as an international radio consultant programming and consulting media companies around the world. He was a founding partner in the company now known as Futuri Media. He is known as the co-creator, with Delilah Renee Ortega, of the nationally syndicated radio show “Delilah.” He was instrumental in the launch of The John Tesh Show as a daily syndicated program.

McVay has received numerous awards and acknowledgements. He is a recipient of the prestigious Rockwell Award, received the inaugural Innovation in Music & Media Award in 2017, was ranked #4 among “America’s Top Programmers” by Radio Ink magazine, is #14 on Radio Ink’s “Top-40 Most Powerful Broadcaster” list, was named one of the “Titans of Talk” by NTS magazine every year 2012-2019, and was named “Corporate Programmer of the Year” by Worldwide Radio Summit in 2015, 2017 and 2019. McVay was recognized three times as “Broadcast Executive of the Year” by the former Radio & Records magazine. He is a member of board of directors for Country Radio Broadcasters, the Country Music Association (CMA), and the Radio Hall of Fame & Museum, He is a past chairman of the Radio Show Steering Committee for the 2017 NAB/RAB Convention. Mike is a Co-Chair for the Alliance for Women in Media’s Gracies Awards. Since January 2019, he has been a member of the Long-term Steering Committee for the Radio Show, which is produced by NAB and RAB.