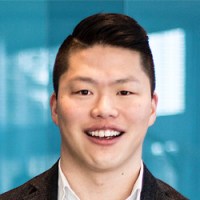 Previously, Tim was Senior Director of Digital Audience, where he was responsible for digital content, audience and product strategy for CMG’s radio division.

During his career with Cox Media Group, Tim has held a number of positions including Director of Branding & Programming for CMG Tampa’s “Hot 101.5” WPOI-FM & Director of Social Media for all six of CMG’s Tampa properties. Prior to that that, he was Program Director at CMG Jacksonville’s WAPE-FM and Music Director for CMG Long Island’s WBLI-FM. In 2011, Clarke was honored by Edison Research as one of their “Top 30 Under 30” in media.

A native of New York, Clarke currently resides in Atlanta.