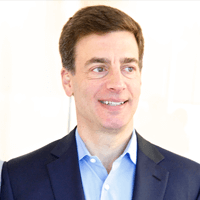 David Field is Chairman, President and Chief Executive Officer of Entercom Communications Corp. (NYSE: ETM), a leading American media and entertainment company that reaches and engages over 100 million people each week across the nation’s top 50 markets through its premier collection of highly-rated radio stations, digital platforms and live events. Philadelphia-based Entercom is one of the country’s two largest radio broadcasters and the nation’s unrivaled leader in news and sports radio.

Prior to becoming Entercom’s President, Field served in a number of positions with the company, including Chief Operating Officer and Chief Financial Officer. Before joining Entercom, he was an investment banker at Goldman, Sachs & Co. in New York.

In  addition  to  chairing  the  Entercom  board,  Field  serves  on  the boards  of  the  National  Association  of Broadcasters (NAB), the National Constitution Center, and The Wilderness Society, and on the Madison Council at the Library of Congress. Between 2005 and 2007, Field was chairman of the radio board of the NAB. He is a former trustee of the Philadelphia Zoo and the Ad Council.

Field  has  received  numerous  civic  and  professional  awards,  including  the  National  Association  of Broadcasters’  National  Radio  Award  in  2017. He  is  a  three-time  recipient  of  Institutional  Investor Magazine’s “Best CEOs in America” and a two-time recipient of Radio Ink Magazine’s Radio Executive of the  Year  Award. In 2017, he was honored as a “Giant in Broadcasting” by the International Radio & Television Society.