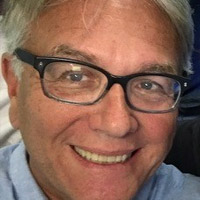 Like many successful radio folks, Mark Elliott started on the air early – age 17. By the time he was 25, Mark was named one of the top five air personalities in the US by Billboard Magazine. As a morning show host and program manager,

Mark was part of successful stations in large and small markets. Radio Ink told readers he was one of the Best Program Directors in America two years in a row. As a marketing and promotion consultant, Mark helped major market stations (in San Francisco, Chicago, Philadelphia, Detroit and others) acquire and retain listeners with proprietary direct marketing techniques.

Today, Mark operates as a “jock for hire” producing two daily radio shows (mornings in Traverse City, Michigan, middays in Cincinnati) from his home studio in Columbus Ohio. After almost three years successfully managing the pitfalls and problems of remote show production, Mark has the specific experiences – both good and bad – that can help make “radio from home” a success.