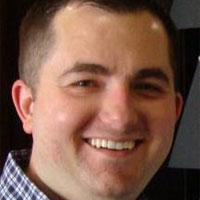 Alan started at age 15 with Pilot Communications in Syracuse, NY. During this time, he developed the technical aspects of the industry’s first remote voice-tracking for stations in distant cities which became commonplace in the industry. He graduated with a B.S. in Information Management and Technology from Syracuse University and was promoted to Regional Information Systems Manager and Broadcast Engineer for Citadel Broadcasting. For 11 years, he led many IT and Engineering projects companywide. In 2012, Alan joined iHeartMedia as a Senior Operations Engineer for the corporate Technical Operations group. Much of his focus has been on deploying and advancing iHeartMedia’s digital HD Radio data services. Alan is a member of the Society of Broadcast Engineers (SBE) and holds several certifications, including Certified Professional Broadcast Engineer (CPBE), AM Directional Specialist (AMD), Digital Radio Broadcast (DRB), and Broadcast Networking Engineer (CBNE). Alan has been in the radio industry for over 25 years and offers a unique prospective on the convergence of IT and Broadcast Engineering.