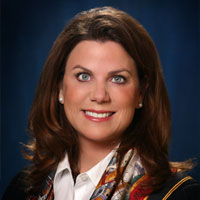 Beth Neuhoff is a senior executive and media, marketing and consumer segmentation expert recognized for creating innovative revenue growth and brand building strategies in both national and local markets. As Chief Executive Officer of Neuhoff Communications, Ms. Neuhoff leads this privately held broadcast and digital media company with a focus on Midwestern markets. Since assuming control of the company in August 2012, she has dramatically enhanced operations and improved the company’s value. A believer that in serving others, we serve ourselves, Ms. Neuhoff is proudest of the tremendous work her stations exert daily to better the lives of their communities.

Ms. Neuhoff is an elected director of the National Association of Broadcasters, the broadcast industry lobby, in Washington, D.C.; a director of the Broadcaster’s Foundation of America, the broadcast industry’s largest and oldest charitable organization; a trustee of the National Association of Broadcaster’s Education Foundation (NABEF) and a trustee of the National Association of Broadcaster’s Political Action Committee (NABPAC). She is a member of the Young President’s Organization (YPO), Ellevate (formerly 85 Broads), the International Women’s Forum, and the Alliance for Women in Media. She is a graduate of the NABEF’s Broadcast Leadership Training program that works in tandem with the FCC to encourage diversity of ownership in broadcasting. In 2014, she was named one of the “Most Influential Women in Radio” by Radio Ink magazine and was featured on the cover for this same issue in 2015. At the 2014 Radio Show, she was a finalist for “Best Broadcaster in America.”

A native of Warrensburg, Mo., she earned a BS from the University of Oklahoma. Ms. Neuhoff was married to the late Geoffrey Neuhoff and resides in Jupiter, Fla.