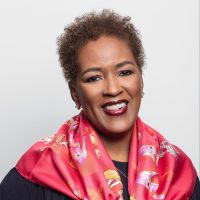 Chesley Maddox-Dorsey is the CEO of A Wonder Media Company, LLC, which owns and operates SupeRadio and American Urban Radio Networks. SupeRadio is a national programming syndication company with 23 radio programs. The shows are broadcast in every major market throughout the U.S. AURN is the only African-American owned network radio company in the United States, broadcasting news, information and entertainment programming to more than 400 stations nationwide and reaching an estimated 25 million African-American listeners weekly. Ms. Maddox-Dorsey is a graduate of Oberlin College, with a B.A. in Government. She is a frequent guest speaker at seminars and has published several articles on financing broadcast properties.