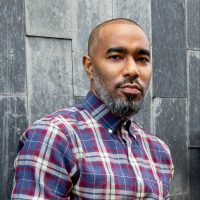 Albright has spent the last 20 years working on a variety of entertainment projects with notable artists including, Jay-Z, OutKast, Usher, DJ Khaled, and many more. In 2016, Albright joined friend and music video director Payne Lindsey, to launch Tenderfoot TV, a content creation company that works with fellow creators to bring stories to life through an array of entertainment media — including podcasts, live shows, television, film, and other digital platforms.

Since its launch, Tenderfoot TV has successfully released multiple successful true crime podcast franchises including “Up and Vanished,” “Monster,” “Sworn,” and “To Live and Die in LA,” amassing over 500 million downloads in total in less than four years.  Through Tenderfoot TV, Albright has garnered partnerships with media companies including iHeartRadio, NBCUniversal, Cadence13 and Issa Rae’s label Raedio, continuously collaborating on new podcasts. He also brought on award-winning Rolling Stone journalist and bestselling author Neil Strauss to create Tenderfoot TV’s most recent No. 1 podcast, “To Live and Die in LA,” which amassed over 20 million downloads.

As executive producer on all of Tenderfoot TV’s podcasts, Albright has made it a priority to ensure that Tenderfoot’s projects leave a lasting footprint beyond entertainment. been an integral in ensuring their true crime podcasts are not only entertaining, but most importantly, give authorities tools to uncover new leads and crack these cases that have gone under the radar for too long. “Up and Vanished” helped crack the case of missing schoolteacher and beauty queen Tara Grinstead. It was followed by “Atlanta Monster,” which helped renew interest in the 29 cases of Atlanta’s missing and murdered children, known as the Atlanta Child Murders. The city of Atlanta announced in March 2019 that after 40 years it would be re-examining evidence in these cases. Tenderfoot TV’s popular podcast “To Live and Die in LA,” has given authorities evidence that there was more than one person involved in the death of aspiring Hollywood actress, Adea Shabani, and was named Associated Press’s Top Podcast of 2019.

Albright scaled “Atlanta Monster” into the “Monster” franchise, launching other investigative hits throughout 2019-2020 including “Monster: The Zodiac Killer” and “Monster: DC Sniper.” He’s also behind the no. 1 true crime hit “Culpable” and worked to put out season two of Payne Lindsey’s No. 1 horror anthology podcast, “Radio Rental.” He also serves as executive producer on Tenderfoot TV’s “Up and Vanished” TV docu-series for Oxygen Networks that aired in 2020, and has a variety of television and film projects in development.