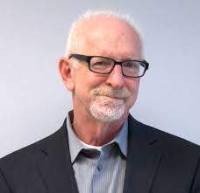 Fred has emerged over the past two decades as one of radio’s leading visionaries. He founded Jacobs Media in 1983, when he had the notion that Album Rock could be fragmented by the creation of the Classic Rock format. Today, Classic Rock stands out as the most successful radio format in the last 20 years.

Prior to launching the company, Fred spent the majority of his time designing and managing research projects as the Director of Research for the Radio and Publishing divisions for Frank N. Magid Associates, a leading research and consulting firm. Later, Fred became Director of Radio Research for the ABC-FM Owned and Operated Radio Stations. From there, Fred gravitated to the station side, becoming program director for legendary WRIF-FM in Detroit, before forming Jacobs Media.

In 2018, Fred was inducted into the National Radio Hall of Fame. He is the first radio consultant to ever receive this honor.

Fred has a Bachelor’s degree from the University of Michigan, and a Master’s degree in Telecommunications from Michigan State University.