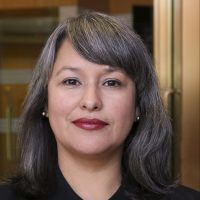 Grisella Martinez joined the National Association of Broadcasters in February 2017 and currently serves as vice president of Government Relations.

Grisella previously served as policy director for the House Democratic Caucus under former Chairman Xavier Becerra (CA), and more recently as special advisor to current Chair Joe Crowley (NY). Before joining Rep. Becerra’s staff, she worked for both the National Immigration Law Center and the National Immigration Forum, where she was the director of Policy and Legislative Affairs.

Martinez earned an LL.M. from Washington College of Law at American University, a J.D. from Catholic University of America Columbus School of Law and a B.A. in English and Political Science from James Madison University.