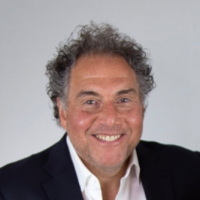 Founder and CEO of Connoisseur Media, Jeff Warshaw is a lifelong broadcaster. He built his first station while still a student at the Wharton School of Business at the University of Pennsylvania.

In 1993 Jeff founded Connoisseur Communications Partners LP, a 39 station group which he later sold to Cumulus Broadcasting in 2000 for $258MM.

In 2004 Jeff formed Connoisseur Media which now owns market-leading radio clusters in regions including Nassau-Suffolk, NY, Stamford-Norwalk, Bridgeport and New Haven in CT, and Frederick, MD. Highly-respected and celebrated industrywide for his outspoken candor, Jeff’s spirit of innovation and long-held principles of integrity, accountability and improvement remain core values of the company and guide its team members.

Jeff serves on the Board of Directors of the National Association of Broadcasters, Broadcasters Foundation of America, is currently Secretary of the Executive Committee of the Board of Directors for The Radio Advertising Bureau, and is Chairman of the Nielsen Audio Advisory Council.  Additionally, Jeff was admitted into the New Jersey Broadcasters Association Hall of Fame, is a recipient of the Ward L Quaal Leadership Award and has been on Radio Ink’s 40 Most Powerful People in Radio list for the past 6 years.