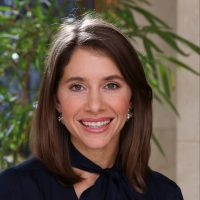 Jennifer Flemming was brought on as the Director of the National Association of Broadcasters’ Political Action Committee (NABPAC) in January of 2013. Her responsibilities include expanding the visibility and the size of the PAC to $1 million+ receipts annually, recruiting new members and collaborating with NAB senior leadership to develop a strategic plan for political giving. She works very closely with the NABPAC Trustees to execute an aggressive solicitation schedule and plan monthly donor outreach.

Prior to joining the NAB, Jennifer worked at the National Republican Senatorial Committee during the 2012 and 2010 election cycles. As regional finance director for the NRSC, Jennifer raised major donor funding by over 15 percent every month over a two-year period. Before joining the fundraising team, she worked directly for the NRSC Executive Director, Rob Jesmer.

Preceding her time in D.C., Jennifer’s professional experience included a two-year term at the Texas Commission on the Arts in Austin, Texas. In her capacity as Marketing Specialist, she assisted in writing portions of the agency’s strategic plan and legislative agenda. In between her time in Austin and D.C., Jennifer spent a year living and working in Sydney, Australia.

A San Antonio native, Jennifer graduated with Honors from the University of Texas at Austin with a Bachelor of Science degree in Public Relations with a Minor in Business.