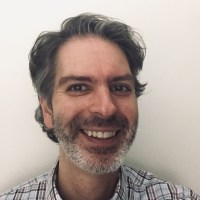 As Director of Education for the National Association of Broadcasters Josh serves as the host and producer of The NAB Podcast and The Radio Show Podcast. He is also a producer of the NAB Show Podcast and NAB PILOT technology Webcasts designed for the association’s radio and TV membership.

Josh also produces educational and marketing content for various NAB conferences and trade shows including: NAB Show, The Radio Show and The Fly-In for Radio Group Executives. Additionally, he has written, produced and co-directed various supplemental video projects for various other NAB conferences including the NAB State Leadership Conference and NAB Futures. He is also part of the production team for the NABEF’s Service to America Gala and starred in a web series touting the availability of HD multi-channels via broadcast television.