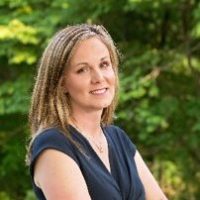 Katie started her radio career as an account executive for Duke Media in Jonesboro Arkansas in 1993 selling for country station, KFIN.  Duke Media later sold to Cumulus, then Clear Channel.

In 1999, Katie was promoted to Director of Sales over the Jonesboro cluster which included KFIN, KIYS, and KBTM-AM.  Once sold to Clear Channel, Katie remained with Clear Channel until May of 2007, when she moved to Clarksville, Tennessee to take on the roll as  Vice President/General Manager for the 5 Star Radio Group in Clarksville Tennessee, a Saga Communications owned cluster and in 2012 was promoted to President of 5 Star Radio.

As President and General Manager for 5 Star Radio, Katie manages 8 radio stations and a successful online hyper-local news site called Clarksvillenow.com.  Clarksvillenow.com was launched in April 2010 and quickly became the leading news source for local news in Clarksville with over 360,000 monthly unique users per month.

Currently, Katie serves on the Tennessee Chamber of Commerce Board of Directors.  She is  a past Chairman of the Board for the Tennessee Association of Broadcasters.  She has been a member of that board for numerous years. In addition, Katie is actively involved in the community. She served at the Chairman of the Board for the Clarksville Area Chamber of Commerce in 2013 and 2014, the Chairman of the Economic Development Council in 2015 and served as Chairman of the Aspire Foundation that same year.  As a leader in the community, Katie received the Mayor’s Citizen Of The Year Award in 2010 , 2012 Clarksville YMCA’s Volunteer of the year,  a Community Commitment Award in May of 2017 and received Saga Communications Market of the Year award in 2013, and was also names one of Radio Ink’s 20 Most Successful Radio Managers in 2013.

In addition to a busy schedule, Katie is most proud to be the mother of two beautiful boys, Aiden and Noah, ages twelve and nine and the wife to a wonderful husband, Steve.  In her free time, just kidding, there is no free time.