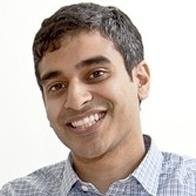 Fifteen years after co-founding the online magazine Mental Floss as a campus magazine at Duke University in 2001, Mangesh Hattikudur made a bold move. He left the world of online publishing for the world of podcasting.  It began as co-host of the Part-Time Genius podcast with fellow Mental Floss co-founder Will Pearson for HowStuffWorks in March 2017.   A year and a half later he joined iHeartMedia/Stuff Media full-time as SVP of Podcast Development.