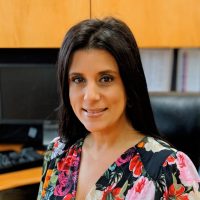 Melanie began her radio career with Cox Media Group and has been with CMG for almost 21 years.

While at Cox, she has been recognized as a President Circle Winner for 8 consecutive years and was  awarded the prestigious Presidents Cup in 2014 and 2018. Melanie has been selected as a Radio Wayne Finalist 4 times and was named Streetfighter Of The Year in 2014.

As a Tampa native, she is very committed and engaged in the community and leads many of CMG Tampa’s charitable efforts.  In April of 2020, Melanie spearheaded a virtual food drive in partnership with Metropolitan Ministries that raised over $1M for families in need during the COVID crisis.

She currently serves as VP of The Calta Family Foundation and plays an active role in fundraising efforts  with The Boys and Girls Club of Tampa Bay, Metropolitan Ministries and several other local charities.