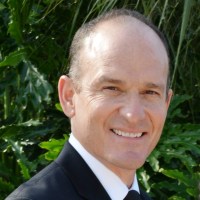 Roz began his career in radio in 1984 at CBS’s WYNF/WSUN and was their Director of Technical Operations when the station was acquired by Cox Radio in 1993.

While at Cox he chaired several internal committees including: Broadcast – IT Security, Automation Standardization, RF Safety Policy, and Broadcast Data Transmission.  He serves as the technical representative for Cox in the BTC, NABRTC, the Nielsen Technical Advisory Committee and the NRSC and was awarded CMG’s “Engineer of the Year” twice.

He has chaired the IEEE-BTS Symposium, served on the ADCOM and presently participates in the Strategic Planning Committee and the Finance Committee.

For the NAB he has delivered several papers and chaired sessions at the NAB.  For the NABRTC, he chaired the HD Time Alignment group which developed a Best Practice Document that was adopted by the NRSC.  Presently he chairs the Next Generation Architecture committee that is focused on Radio broadcast architecture.

He is an elected board member of the national SBE, chairs the finance committee and serves on the executive officers committee.  He has been the SBE-Tampa Chapter 39 as Chair, Co-Chair, Secretary and is presently the Treasurer.  He was awarded “Engineer of the Year” in 2015 at the SBE national level.

He has written articles on technology for Radio magazine and was awarded the “Best Technical Article of the Year” for a paper written after the hurricane season of 2004 titled “Disaster Planning Put to Good Use”.