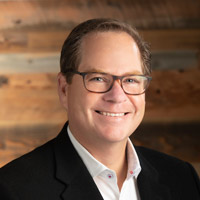 Named President of Opry Entertainment Group in September 2018, a division of Ryman Hospitality Properties, Inc. (NYSE: RHP). Bailey is responsible for the strategic growth and execution of all initiatives for the entertainment division. Early in his tenure, he entered into a Joint Venture with Gray Television (NYSE: GTN) that unlocks Opry’s vast content library of over 8,000 hours and the company’s unique relationship with Country music’s biggest stars. In January of 2020, the JV launched a Linear TV network, CircleTV. A

companion OTT/SVOD is planned for the summer of 2020 and early 2021. The media platform is focused on Country music and lifestyle where RHP plays a unique and important role.

Opry Entertainment Group consists of a growing collection of iconic and emerging country music brands, including the Grand Ole Opry, Ryman Auditorium, the expansion of our entertainment music venue concept, Ole Red, a partnership with Blake Shelton that currently includes 4 locations and several more yet to be announced.

A veteran of the media industry, Bailey was most recently the president of The Enthusiast Network’s (“TEN”) automotive group, renamed The MotorTrend Group, where he oversaw the automotive portfolio, including 14 category-leading websites, a social audience of over 105 million, the production of 21 MotorTrend Auto Shows, and more than 20 racing and aftermarket lifestyle events. He was responsible for the division’s P&L as well as leading the continued development of TEN’s digital business, improving customer offerings, and diversifying revenue streams. Notable under Bailey’s tenure, TEN became the first company to launch a subscriber-on- demand SVOD platform in the automotive space-MotorTrend OnDemand. He also led the development of content and distribution partnerships with Amazon, Facebook, and Netflix. Additionally, he played a key role in leading the division through its transformation from a legacy print publisher to a dominant multiplatform modern- day media company that was acquired by Discovery Communications, largely due to the success of the SVOD, MotorTrend OnDemand.

Bailey is a two-time nominee and Emmy Award winner for his work in advanced media technology and brings more than two decades of digital and media disruption experience. Prior to TEN, Bailey led Synacor, Inc., an award-winning TV Everywhere and Cloud Identity Management (IDM) provider for satellite, telecom, cable, and consumer electronics companies, where he served as Chief Operating Officer and was part of the management team that took the company public in 2012. Before Synacor, Bailey served as SVP at Comcast Interactive Media. Prior to Comcast, he was a founding employee of Turner Sports Interactive, then a division of Time Warner, acting as General Manager, where he managed and operated NASCAR.com, PGA.com, and PGATour.com.

In 2014 Bailey was inducted into the Bowling Green State University Academy of Distinguished Alumni. The award is the highest honor bestowed by the University. He was included in the 2020 Billboard Country Power Players list. Bailey holds a board position at Podium Audio.

Bailey resides in Nashville, TN with his wife and two children.