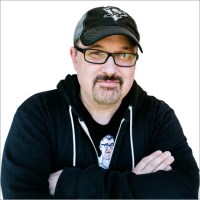 Woody is the ringleader behind ALT 98.7’s top-rated and nationally syndicated morning show, “The Woody Show,” which airs in 25 markets across the country. The self-proclaimed VP of Sarcasm is a broadcasting veteran with over 20 years of experience in radio. Woody and his crew joined ALT 98.7 in 2014 and since its inception, his show has emerged as one of the most popular morning programs in radio. In addition to his success in radio, Woody has also earned a few special recognitions over his career. Most recently, he was named iHeartRadio’s Personality of the Year, and The Woody Show was named iHeartRadio’s Best Show of the Year (2017). Fans love his casual attitude, sarcasm, and the fact that he doesn’t take himself too seriously.